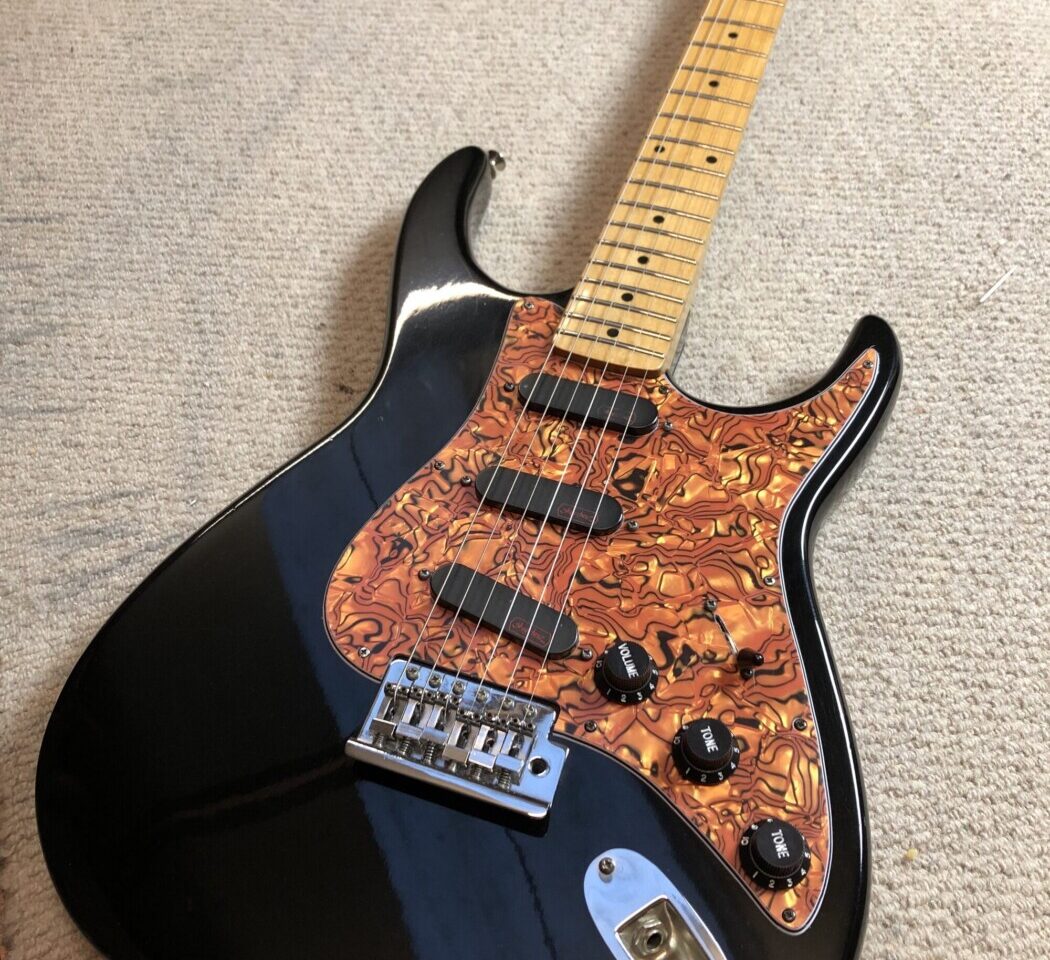 Not many photos on this one I’m afraid as I’ve been so rubbish with this of late, mainly because I’ve been so busy touring. Anyway, I’m back on the horse and to start with I have a trip down memory lane… for me at least. The first guitar I ever owned was a Starforce so this was almost sentimental! It needed a a general setup which also involved a fret level and re-crown. I also made a new scratch plate as the one it came with was a tigers face, and as much as I love tigers it looked totally rubbish. I think this looks much better. 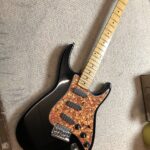 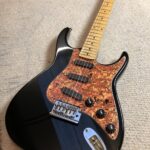 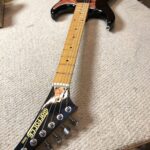