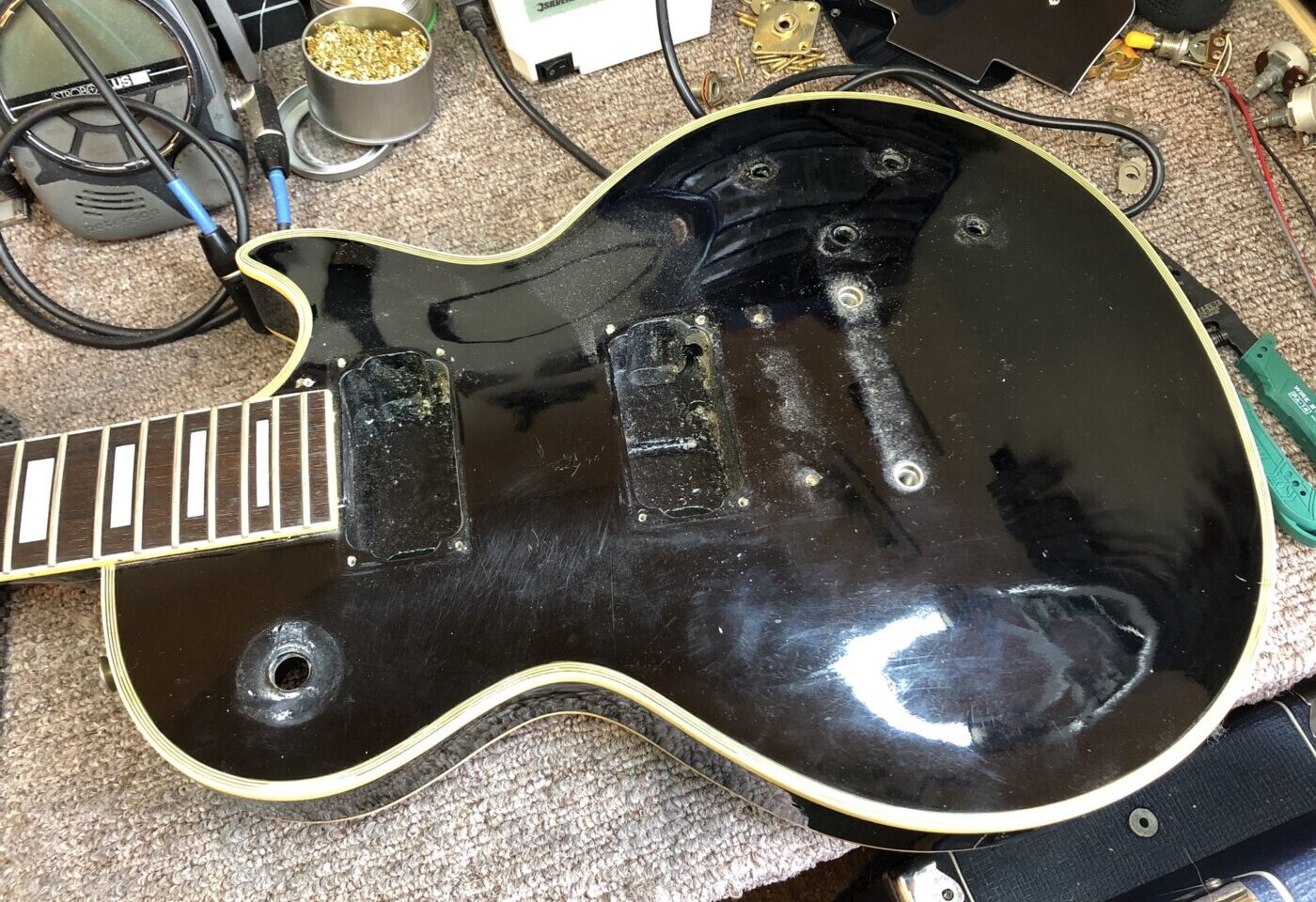 This guitar has had some upgrades which hadn’t weathered so well and eventually the guitar had stopped working. From what I understand it had been left for some time and was in need of some TLC. The main issues where, there was no output meaning there was an issue with the wiring, the nut had become unstuck, the tuners where installed badly, the bridge had sunk in the middle and it was generally a bit unloved.

The wiring was a mess so I decided to strip the guitar completely and start again giving it a complete rewire. All of the metal work was also stripped and cleaned, paying particular attention to the bridge which had sunk in the middle.

Sometimes the immense pressure from the strings causes the bridge to bend in the middle, which in turn lowers the action of the middle strings. If unnoticed this can lead to the saddles of the outside saddles being overfilled to lower them and bring the radius of the bottom of the strings back in line with the fingerboard. Luckily in this case that hadn’t happened and I was able clamp the bridge in a vice and level it out again.

The tuners had been upgraded at some point but they’d been installed misaligned. this didn’t really affect the playability or the tuning but it meant the keys looked all wonky and in time, if a string winder was used could have caused damage to the finish. It also just freaked me out as I’m a little bit (a lot!) OCD.

After that it was a case of usual things I do in a guitar setup and I must say this guitar now plays great (I couldn’t put it down!) and sounds crushing in drop C tuning. 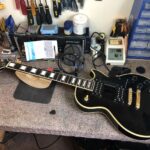 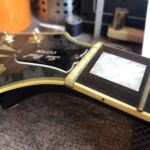 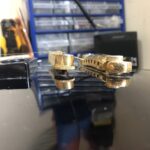 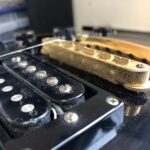 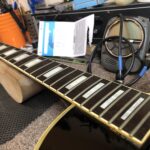 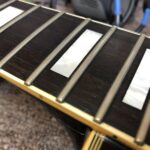 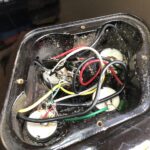 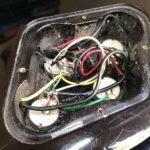 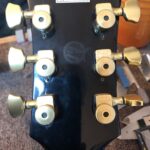 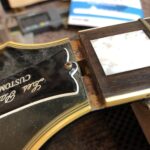 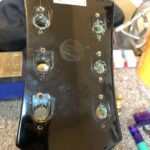 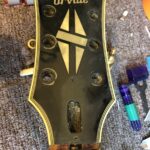 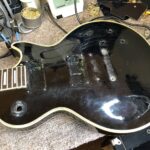 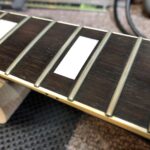 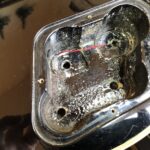 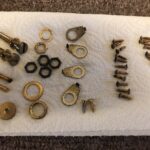 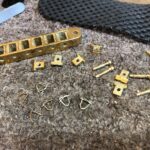 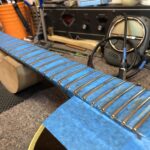 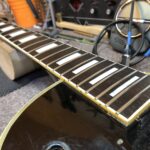 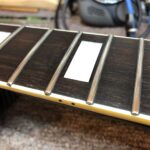 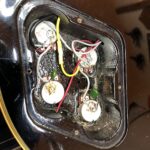 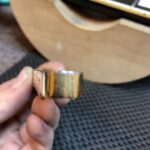 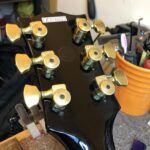 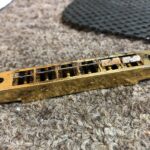 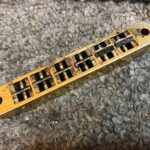 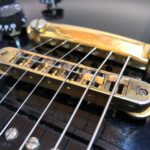 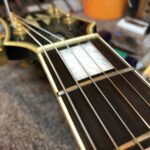 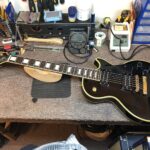 Old Fylde Acoustic in for a re-fret and more.
Ovation Viper