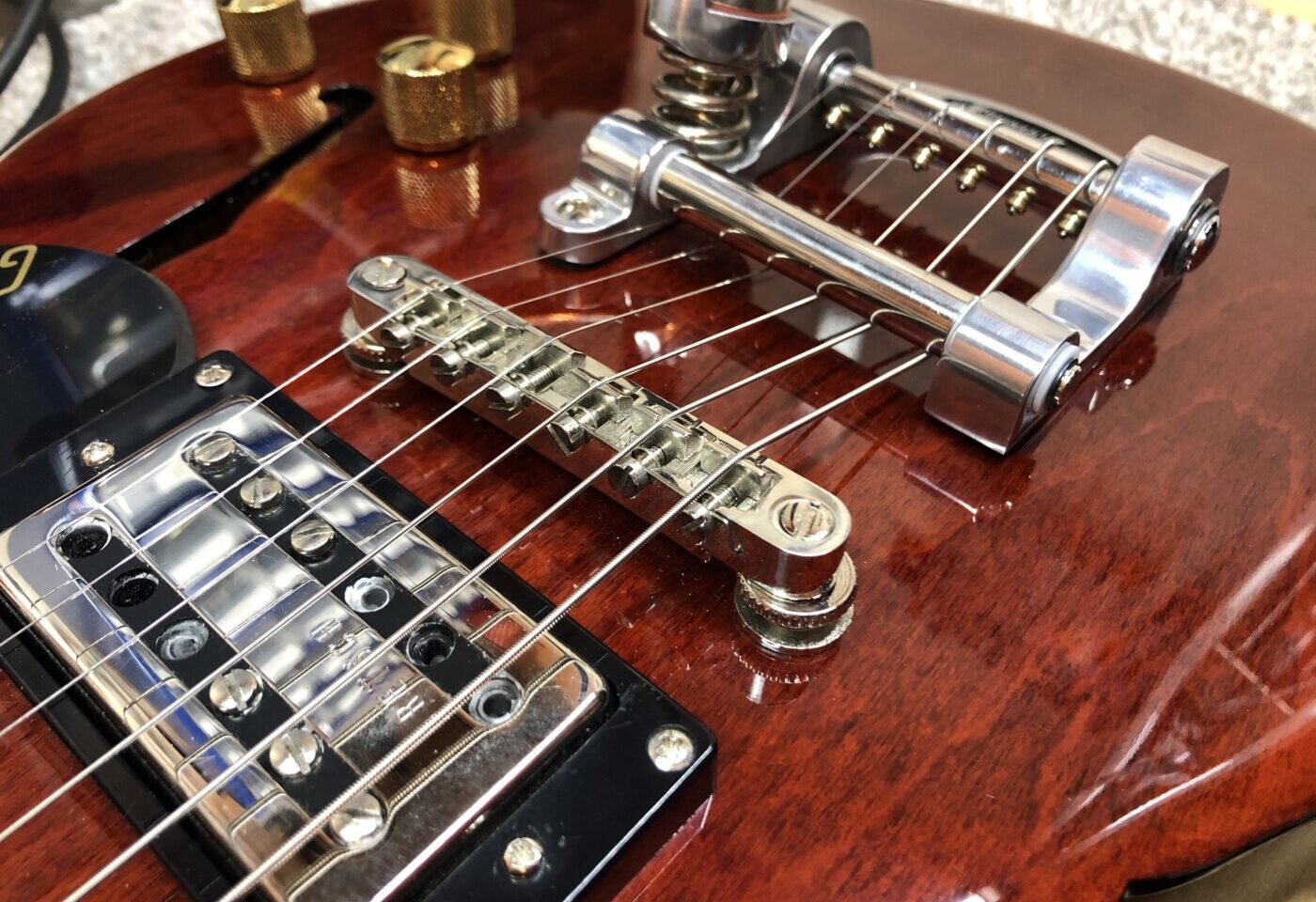 This Gretsch came in with a tuning issue, which meant that it wouldn’t stay in tune at all. The owner had replaced this original tuning machines with substandard ones and wanted to replace the bridge. The replacement bridge was too tall and caused the guitar to have a high action, the roller saddles helped with the tuning, as I’d suspected the strings were getting snagged but with the action as high as it was it was a no go.

I managed to do some work on the original bridge and the new tuners to stabilise the tuning issue. 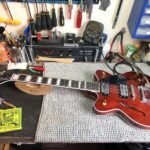 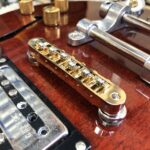 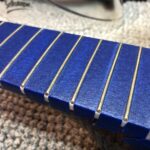 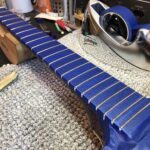 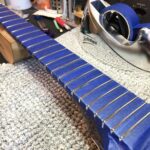 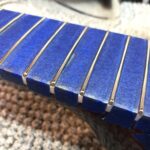 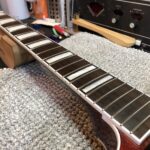 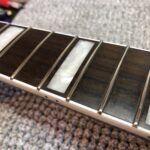 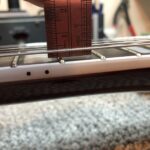 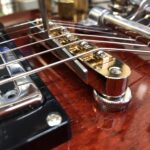 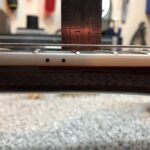 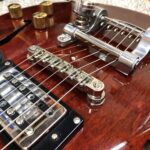 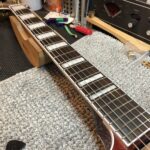 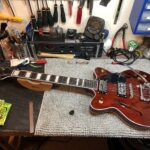