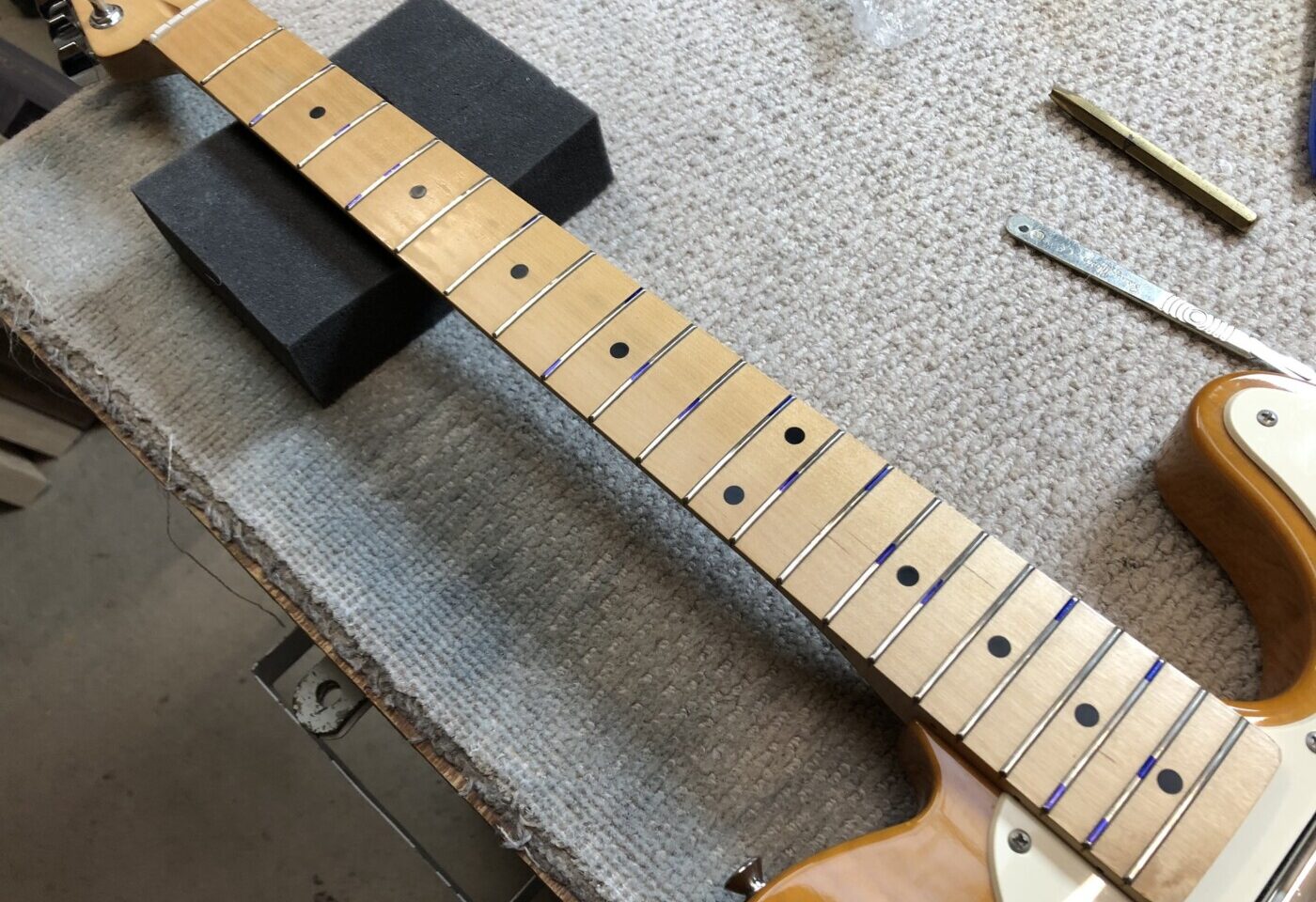 This Tele was in need of some work on the frets as some had lifted and to be frank the rest were all over the place. I re-seated and glued the raised frets and then set to work on levelling and re-crowning. There isn’t much left and this guitar will need a re-fret when these have started to pit.

On first inspection I had noticed that the nut had worn too low and had suggested a new nut was needed, as the frets were levelled and lowered this was not longer the case. 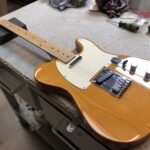 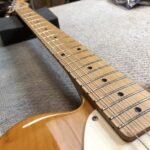 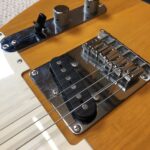 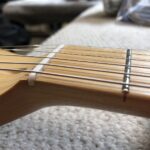 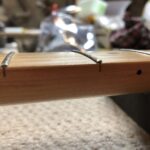 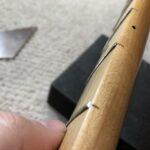 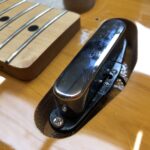 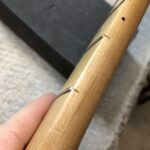 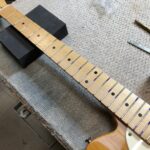 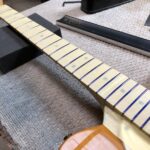 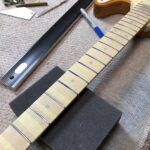 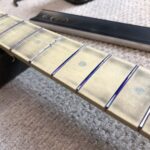 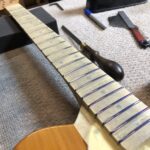 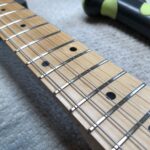 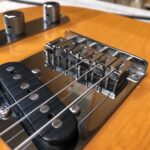 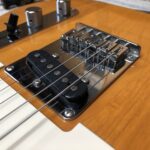 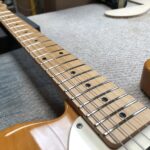 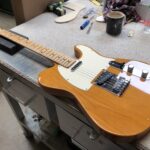