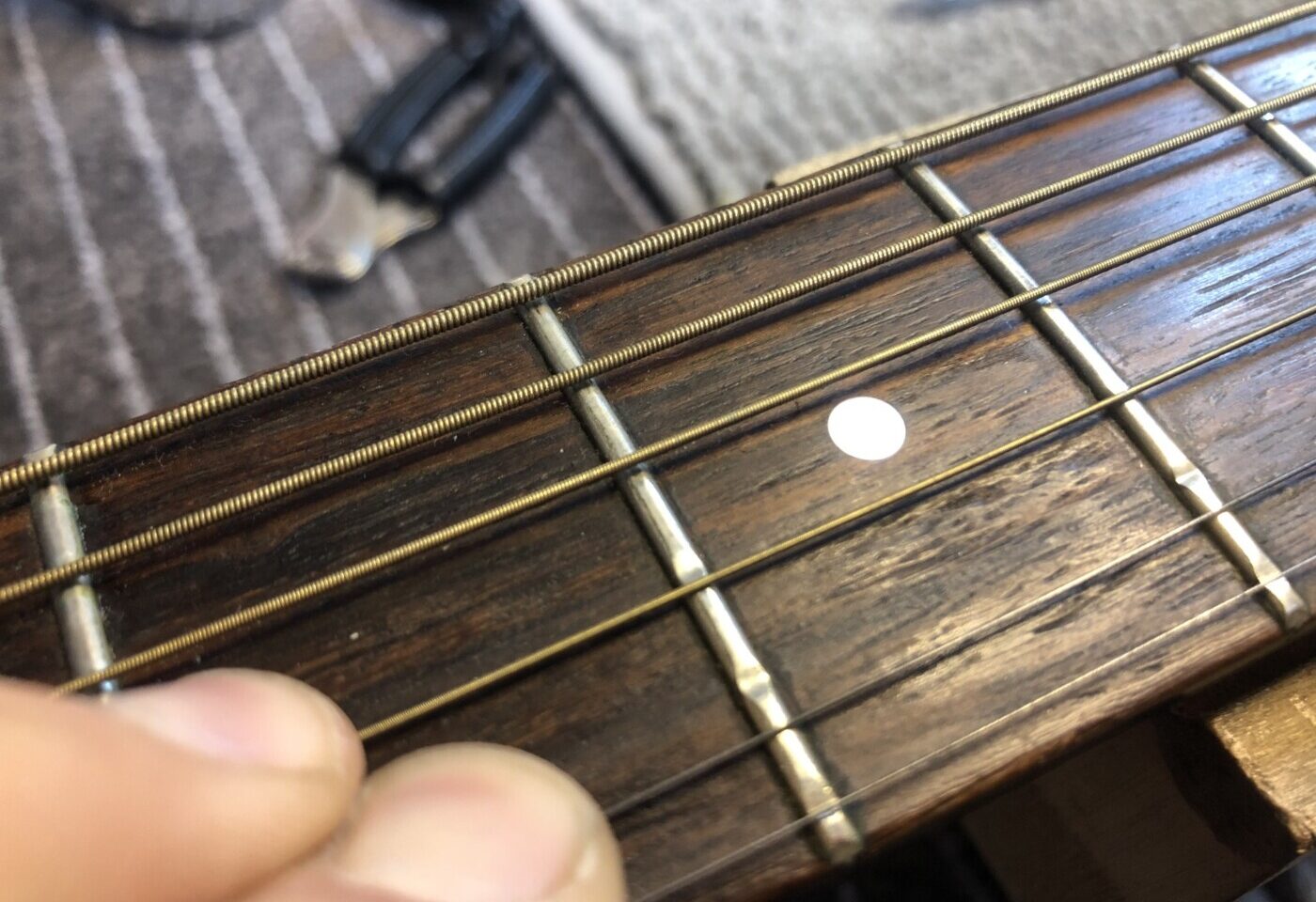 Some guitars are played and played and played, and here is a perfect example where the top of the body has been worn away and collapsed. The owner was interested in repairing these collapsed areas but it was uneconomical. Besides, this is the character of the guitar.

I suggested the best thing to do was to get it playing as well as I could. To do this I levelled the frets, which were heavily pitted and there was a massive fall away at the end of the fingerboard. I suspect the truss rod had been tightened so much that it may have contributed to to dip into the sound hole as there was so much back bow in the neck when I took the strings off. I managed to get most of the pitting out apart from couple of really deep ones. I lowered the action and cut the nut correctly and am pleased with the results. 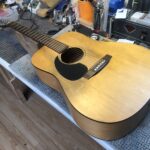 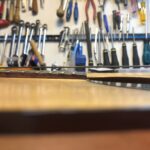 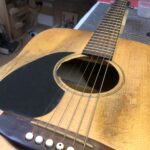 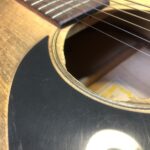 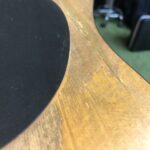 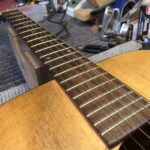 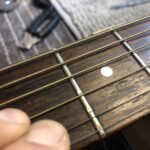 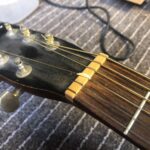 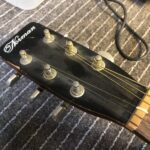 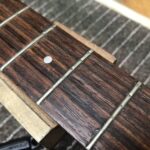 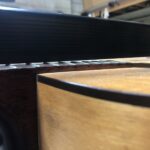 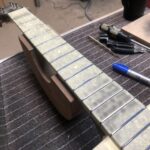 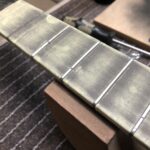 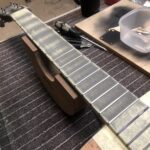 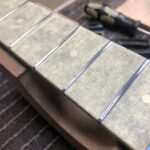 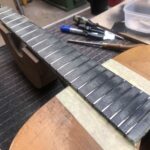 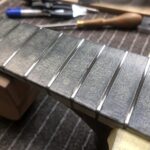 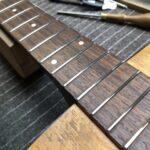 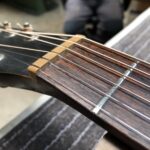 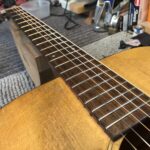 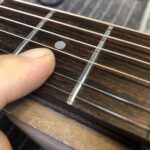 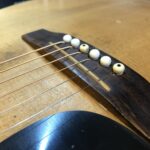 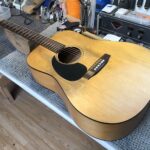